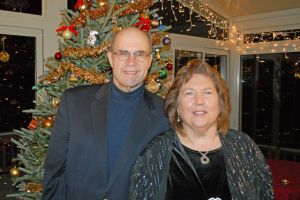 After graduation Steve went on to Drexel to get his BSEE in 1967 and went to work at the Naval Air Development Center inWarminster, PA.  Later that year he married Dorothy, coincidentally his date to the CHS senior prom (see picture).  He and Dottie raised two kids – Aaron and Andrea – in their current home inBuckingham Township.  Aaron lives nearby with his wife Lynn, and their children Owen and Hailey; Andrea lives in Westchester County New York with her daughter Avery.

Steve went on to get his MSEE at Drexel and continued his work in airborne electro-optical and infrared sensing systems for naval aviation until 1996 when the Naval Air Warfare Center closed the Warminster facility and consolidated in Southern Maryland.  Steve worked for another 10 years, retiring from Northrop Grumman inFalls Church, VA.  He continued working on military imaging sensors, broadening his field to include systems to detect anti-tank mines and improvised explosive devices.  He is now mostly retired, enjoying his family and his hobbies – biking and photography.  He looks forward to next year when Dottie retires from her job as Buckingham’s elected property tax collector and they will have more freedom to travel. 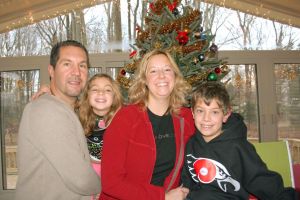