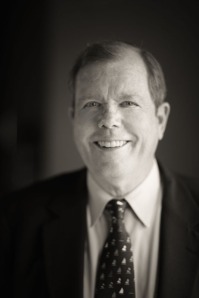 After graduating from CHS, I attended Albright College where I majored in both biology and chemistry as a pre-med. student, while also concentrating in German Studies thanks to Dr. Rosenbaum, Mr. Werner and Mr. Gardner. At Albright, I ran cross country for all four years and played baseball as a freshman. It was on to Jefferson Medical College in Philadelphia after graduating from Albright in 1966. I studied part of one year at the Royal Infirmary in Glasgow, Scotland. After searching throughout the region, I decided on a rotating internship at York Hospital, still unsure of my ultimate career path. The first rotation was in obstetrics and gynecology, and I enjoyed it so much that it became my career choice.

I stayed at York Hospital for a three year residency, after which I was offered a position with my two favorite attendings and remained in York, PA for my entire career. It was during my internship that I met my wife-to-be Cindy, getting married in 1973. We have two children, a son born in 1976 and a daughter born in 1978. Each of them are now married, and each has a boy and a girl.

I became board certified in obstetrics & gynecology in 1976 and was voluntarily re-certified in 1986 and 1996. The teaching program at York Hospital, which became a part of Wellspan Health System, attracted medical students form several medical schools; thus, I became an Assistant Professor at the University of Pennsylvania. During my career, my major interests were urogynecology, operative obstetrics, pelvic surgery and medico-legal medicine. Being dedicated to teaching, the Department of Obsterics & Gynecology nominated me to receive the Excellence in Teaching Award from the Association of Professors in Obstetrics and Gynecology which was granted in 2006. Retirement became a reality in 2010, having delivered more than 7,500 babies.

Since retirement, my wife and I have become certified therapy dog handlers, visiting hospitals and nursing homes with our Tibetan Terriers. We can now also visit our home on Fripp Island, South Carolina on a more regular basis. In the ’80’s I became a private pilot, a bucket list dream. I was certified as a starter/referee with US Swimming in order to participate with my children in their chosen sport. My current hobbies include skiing, photography and sailing. Whenever possible, I can be seen on summer weekends sailing my Flying Scot on the Little Choptank River on the Eastern Shore of Maryland.